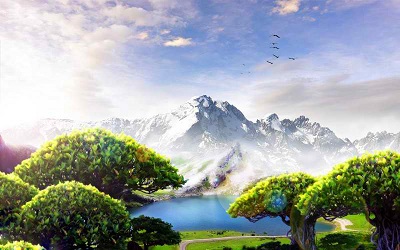 Genesis 35:10-12, And God said unto him, Thy name is Jacob: thy name shall not be called any more Jacob, but Israel shall be thy name: and he called his name Israel. And God said unto him, I [am] God Almighty: be fruitful and multiply; a nation and a company of nations shall be of thee, and kings shall come out of thy loins;  And the land which I gave Abraham and Isaac, to thee I will give it, and to thy seed after thee will I give the land.

For what purpose is the history of Israel recorded?
1 Corinthians 10:11, Now all these things happened unto them for ensamples: and they are written for our admonition, upon whom the ends of the world are come.

Hebrews 11:16, But now they desire a better [country], that is, an heavenly: wherefore God is not ashamed to be called their God: for he hath prepared for them a city.

2. Exodus 1:6-8, And Joseph died, and all his brethren, and all that generation.  The children of Israel were fruitful, and increased abundantly, and multiplied, and waxed exceeding mighty; and the land was filled with them.

3. Exodus 1:9-14, And he said unto his people, Behold, the people of the children of Israel [are] more and mightier than we:  Come on, let us deal wisely with them; lest they multiply, and it come to pass, that, when there falleth out any war, they join also unto our enemies, and fight against us, and [so] get them up out of the land.  Therefore they did set over them taskmasters to afflict them with their burdens. And they built for Pharaoh treasure cities, Pithom and Raamses.  But the more they afflicted them, the more they multiplied and grew. And they were grieved because of the children of Israel. And the Egyptians made the children of Israel to serve with rigour:   And they made their lives bitter with hard bondage, in mortar, and in brick, and in all manner of service in the field: all their service, wherein they made them serve, [was] with rigour.

Exodus 1: 2:23-25, And it came to pass in process of time, that the king of Egypt died: and the children of Israel sighed by reason of the bondage, and they cried, and their cry came up unto God by reason of the bondage.  And God heard their groaning, and God remembered his covenant with Abraham, with Isaac, and with Jacob.  And God looked upon the children of Israel, and God had respect unto [them].

The Israelites had many problems:
1.   Unbelief:
Exodus 14:9-12, But the Egyptians pursued after them, all the horses [and] chariots of Pharaoh, and his horsemen, and his army, and overtook them encamping by the sea, beside Pihahiroth, before Baalzephon.  And when Pharaoh drew nigh, the children of Israel lifted up their eyes, and, behold, the Egyptians marched after them; and they were sore afraid: and the children of Israel cried out unto the LORD.  And they said unto Moses, Because [there were] no graves in Egypt, hast thou taken us away to die in the wilderness? wherefore hast thou dealt thus with us, to carry us forth out of Egypt?  [Is] not this the word that we did tell thee in Egypt, saying, Let us alone, that we may serve the Egyptians? For [it had been] better for us to serve the Egyptians, than that we should die in the wilderness.

Exodus 14:14-15, The LORD shall fight for you, and ye shall hold your peace. And the LORD said unto Moses, Wherefore criest thou unto me? speak unto the children of Israel, that they go forward:

This was the promise:
Exodus 3:8, And I am come down to deliver them out of the hand of the Egyptians, and to bring them up out of that land unto a good land and a large, unto a land flowing with milk and honey; unto the place of the Canaanites, and the Hittites, and the Amorites, and the Perizzites, and the Hivites, and the Jebusites.

Numbers 13:17-20, And Moses sent them to spy out the land of Canaan, and said unto them, Get you up this [way] southward, and go up into the mountain:  And see the land, what it [is]; and the people that dwelleth therein, whether they [be] strong or weak, few or many;  And what the land [is] that they dwell in, whether it [be] good or bad; and what cities [they be] that they dwell in, whether in tents, or in strong holds;  And what the land [is], whether it [be] fat or lean, whether there be wood therein, or not. And be ye of good courage, and bring of the fruit of the land. Now the time [was] the time of the firstripe grapes.

Numbers 13:31, “We be not able to go up against the people; for they are stronger than we.”

Numbers  13:32-33, And they brought up an evil report of the land which they had searched unto the children of Israel, saying, The land, through which we have gone to search it, [is] a land that eateth up the inhabitants thereof; and all the people that we saw in it [are] men of a great stature. And there we saw the giants, the sons of Anak, [which come] of the giants: and we were in our own sight as grasshoppers, and so we were in their sight.

Numbers 14:2, And all the children of Israel murmured against Moses and against Aaron: and the whole congregation said unto them, Would God that we had died in the land of Egypt! or would God we had died in this wilderness!

2.   Murmuring and complaining
a.   Water
Exodus 15:24, And the people murmured against Moses, saying, What shall we drink?

Exodus 15:27, And they came to Elim, where [were] twelve wells of water, and threescore and ten palm trees: and they encamped there by the waters.

Exodus 16:3, And the children of Israel said unto them, Would to God we had died by the hand of the LORD in the land of Egypt, when we sat by the flesh pots, [and] when we did eat bread to the full; for ye have brought us forth into this wilderness, to kill this whole assembly with hunger.

Psalms 78:24, And had rained down manna upon them to eat, and had given them of the corn of heaven.

Numbers 11:33, And while the flesh [was] yet between their teeth, ere it was chewed, the wrath of the LORD was kindled against the people, and the LORD smote the people with a very great plague.

Numbers 16:1-3, Now Korah, the son of Izhar, the son of Kohath, the son of Levi, and Dathan and Abiram, the sons of Eliab, and On, the son of Peleth, sons of Reuben, took [men. And they rose up before Moses, with certain of the children of Israel, two hundred and fifty princes of the assembly, famous in the congregation, men of renown. And they gathered themselves together against Moses and against Aaron, and said unto them, [Ye take] too much upon you, seeing all the congregation [are] holy, every one of them, and the LORD [is] among them: wherefore then lift ye up yourselves above the congregation of the LORD?

Numbers 16:32-33, 35, And the earth opened her mouth, and swallowed them up, and their houses, and all the men that [appertained] unto Korah, and all [their] goods.  They, and all that [appertained] to them, went down alive into the pit, and the earth closed upon them: and they perished from among the congregation. And there came out a fire from the LORD, and consumed the two hundred and fifty men that offered incense.

Exodus 32:6, And they rose up early on the morrow, and offered burnt offerings, and brought peace offerings; and the people sat down to eat and to drink, and rose up to play.

Deuteronomy 8:5-7, Thou shalt also consider in thine heart, that, as a man chasteneth his son, [so] the LORD thy God chasteneth thee.  Therefore thou shalt keep the commandments of the LORD thy God, to walk in his ways, and to fear him.  For the LORD thy God bringeth thee into a good land, a land of brooks of water, of fountains and depths that spring out of valleys and hills;

Romans 9:27, ...Though the number of the children of Israel be as the sand of the sea, a remnant shall be saved.