The Law of God is for ALL 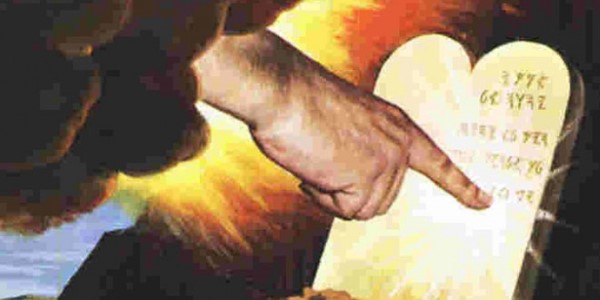 Exodus 19:5-6, “If ye will obey my voice indeed, and keep my covenant, then ye shall be a peculiar treasure unto me above all people: for all the earth is mine: And ye shall be unto me a kingdom of priests, and a holy nation.”

God had purposed the meeting with Moses on Mount Sinai to be of a great and magnificent scene in exalting His law. This law is Elohim's perfect character that is unchangeable. Malachi 3:6. As heirs according to the promise, we are to keep this law today. Galatians 3:29. Christ will help us keep this law by the guidance of the Holy Spirit. John 16:13. We are in the time of His grace. Hebrews 4:16. We have time to change. We have time to become Christlike. Romans 6:4. By the way, grace does not mean we have a free pass to commit sin. It means we have a grace period to repent from our sins and turn to the true living God. Furthermore, what everyone needs to understand is that the entire universe is to obey this law as Satan was to in heaven. Satan did not want to keep the law. Satan rebelled against it, which he was cast out of heaven for doing.

The great scene on Mount Sinai was covered with a thick cloud, which grew blacker and denser. This continued till the mountain was wrapped in darkness and awful mystery. If you take a look at the storms today that wrap around the mountain tops in the wilderness, then today, you can get an idea of what it was like, but I am sure in a much greater intensity. There was a sound of a trumpet which was to summon the children of Israel to meet with the Creator of the Universe. During this time, it was Moses who had led the people of God to the base of the mountain. Where there was great darkness, there was also much lightning flashing across the mountain top with great sounds of thunder echoing throughout the area. How wonderful and fearful it might have been for them to witness something like this. I can see why so many are going to want to run and hide in the mountains in the last days for not repenting and keeping the law through the power Christ offers. It is clearly stated in the Book of Revelation 6:14-17, "And the heaven departed as a scroll when it is rolled together; and every mountain and island were moved out of their places. And the kings of the earth, and the great men, and the rich men, and the chief captains, and the mighty men, and every bondman, and every free man, hid themselves in the dens and in the rocks of the mountains; And said to the mountains and rocks, Fall on us, and hide us from the face of him that sitteth on the throne, and from the wrath of the Lamb: For the great day of his wrath is come; and who shall be able to stand?" This is the scene for the great and terrible day of the Lord's return to the earth. This is the awful day for those who have rejected the Creator's Holy Precepts and never repented of their sins. This setting gives us an idea of how wonderfully magnificent the day was when the Lord spoke His law from Mount Sinai. That great day on Mount Sinai, there was a sound of a trumpet. Then everything was still. There was a solemn silence. At this time, the Great Voice of the Most High God, the King of kings, was heard. There was a retinue of angels that were enshrouding the mountain. Through the awful and magnificent looking scene that was around that mountain top is where the Most High spoke His Law. The Great I AM revealed Himself through His law of Love in a compassionate caring voice. This is where He spoke the Words to His children: “I AM the Lord thy God, which have brought thee out of the land of Egypt, out of the house of bondage.”

The Law was not spoken at this time just for the benefit of the Hebrews. He honored them by making them the guardian and keepers of His divine law that is found in the Ten Commandments. The precepts of God are for all mankind. It was not just given to Israel alone but for the entire human family. The Israelites were just entrusted to it. They were to be a holy and peculiar people for the Lord, just as the Christian world is to do today. As we can see though, most of the professed world rejects the law of God and keeps the commandments of men. Acts 5:29. They have taken up the banner of Satan and have gone astray. What many need to realize is that there is an account that everyone will have to give soon for not keeping the law of God through the power offered from God. We will either be on the side of Righteousness in keeping the law of God as obedient children should or on the side of sin, rebellion and Satan. Heaven is a choice and it is for us all to make. God will not force anyone to obey Him. We have freewill. God offers His love; He offers the keys to His Kingdom where He is preparing a mansion for those who obey. John 14:2. He will not force us to be good Stuarts. We have a choice.

So many lives are being destroyed by the Church of Rome. They have taught the world the doctrines and commandments of men. This church is the agent of Satan. Vatican City is the seat of Satan. Revelation 2:13. This great mother of whores has turned the people from the law of Jehovah. Through this church's insinuation, people have made the claim that because of our Lord's resurrection from the dead on the first day of the week, it is the first day of the week that we are to make the Sabbath or to be the Christian day of worship. However, the Word of God is not in union with this. The authority of God is not to be reasoned with. Satan, the great deceiver, understood that he could change the mind of the human family, as he did with Eve in the garden, to follow his lie in believing that the Sabbath is SUNday, which they claim is to be kept to honor our Lord. It is the Sabbath day of Jehovah that shows He is the Creator of the Universe. If you change the Sabbath, you change His law. If you change His law, then you change His Character. If you change His Character, you have another jesus, which the church of Rome preaches, the Protestants follow, so on and so forth. They are having the world following another god hidden under the name Christian. Satan is the author of sin and confusion. If we break the law of God, we follow Satan who wants us to transgress against God as he did in heaven. We are the Creator's creatures that He loves so much. Satan knows this and this is why he wants us to be destroyed. Satan does not care or love the human family. He wants to kill everything that God created. Satan's object is to bring as many people with him to the judgment to be destroyed. Misery loves company. Remember, sin is the transgression of the Law of God.

(1 John 3:4) and the Wages of transgressing that law is Death! Romans 6:23. It is so important that we understand that we must repent from rebelling against God in breaking His law. The law does not save us, but it shows us that we need Christ or we will perish. Christ will give us the power to keep the law which reveals our sins to us. It shows us that we are filthy. We must strive to become Christlike. If we do not prove ourselves here, we will not prove ourselves in heaven. If we don't keep the law here, we will not keep it in heaven. We must be overcomers. Revelation 3:21, "To him that overcometh will I grant to sit with me in my throne, even as I also overcame, and am set down with my Father in his throne."